Close
Login
You can login using your social profile
Paste the shortcode from one of the relevant plugins here in order to enable logging in with social networks.
Register

How are skincare ingredient lists created?

All ingredients that are used to create a skincare product have to be listed on the packaging. This has clearly been stated by the law.

This is for your own safety. If you know you have allergies, for example to cucumbers and the product states it uses cucumber extract, you won’t want to buy that product.

However, skincare ingredient lists can be complicated and hard to understand. How are we supposed to make sense of the long list? No one has ever bothered to explain what butylene glycol or DMAE is and whether it should or shouldn’t be there. Why can they not just make it easy and list shea butter as shea butter instead of listing it as Butyrospermum Parkii?

If you cannot make sense of the list, you will end up ignoring it and spending bucks for a cream that gives you a rush and you wondering why.

Since we don’t have cosmetic science in school, here are a few tips to help make sense of those long lists of ingredients on our favourite products.

Why is it important to read the ingredient lists?

Taking a closer look at the ingredients will help you avoid taking a product that possibly contains an ingredient that you might be allergic or sensitive to.

If you dislike the feeling of silicone based products or certain fragrances, you have the option of opting for another product that suits your taste, needs and values better.

Does that serum you love actually contain enough vitamin C to boost collagen or are there only a few drops in for marketing purposes? Knowing how to read the ingredient list will help you. 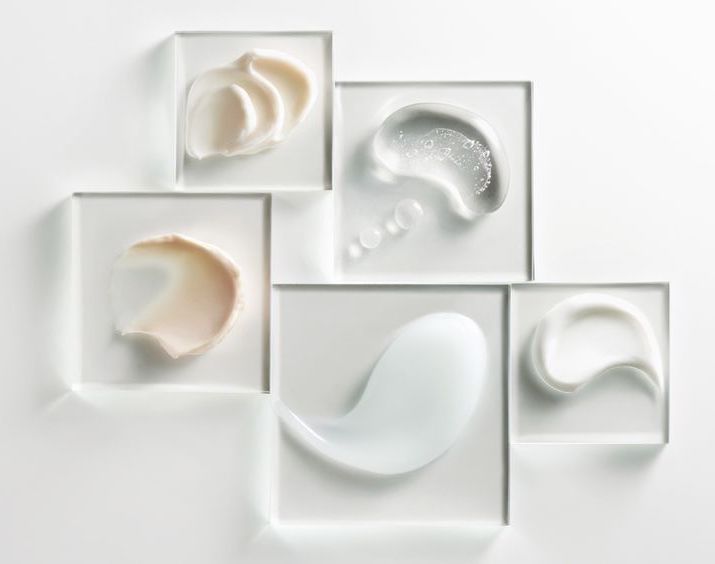 If every country where to follow their own rules and systems it would be even more difficult to understand. So for that reason everyone follows the International Nomenclature of Cosmetic Ingredients (INCI) system.

The INCI system requires that ingredients be named using their scientific name and plant base ingredients should use their Latin name. Sometimes you can find the English name in brackets to allow you to decipher the ingredients a little easier.

Usually as a general rule, a generous dollop of a specific ingredient is needed in order for it to perform its magic. A drop won’t do much (with the exception to retinol). How can we tell if a product is skimping on our favourite ingredient? Pay close attention to the order of how they list the ingredients.

The Federal Trade Commission requires that ingredients have to be listed in the order of concentration, from the highest to the lowest.

We are now aware that some ingredients can be present with a concentration of 1% or less. How can we tell where the concentrations start to be this low?

When certain ingredients are considered “trade secrets” by the brand they are allowed to use the phrase “other ingredients” and it doesn’t have to be revealed on the ingredient list.

For example; perfumes are made up of a 100 or more different fragrances and ingredients. If everyone had access to the ingredient list for Chanel No5, it could easily be copied by someone. Sometimes in order to protect the formula there has to be some secrecy.

The exception to the rule:

Ingredients that seem scary but are actually helpful

This is a vitamin E. It will moisturise and hydrate your skin while keeping your skin feeling fresh. It provides protection to your skin barrier, preventing moisture loss.

These are collagen stimulating peptides that will assist in suppressing the inflammation response in the skin.

Vitamin C, best used to brighten dull skin, even uneven skin tone, stimulate collagen and assist in reducing wrinkles. It is a powerful antioxidant as it will fight off damaging free radicals.

They are stable fatty acids that are derived from coconut to help your skin with moisture and smooth texture.

Ingredients you should be aware of: 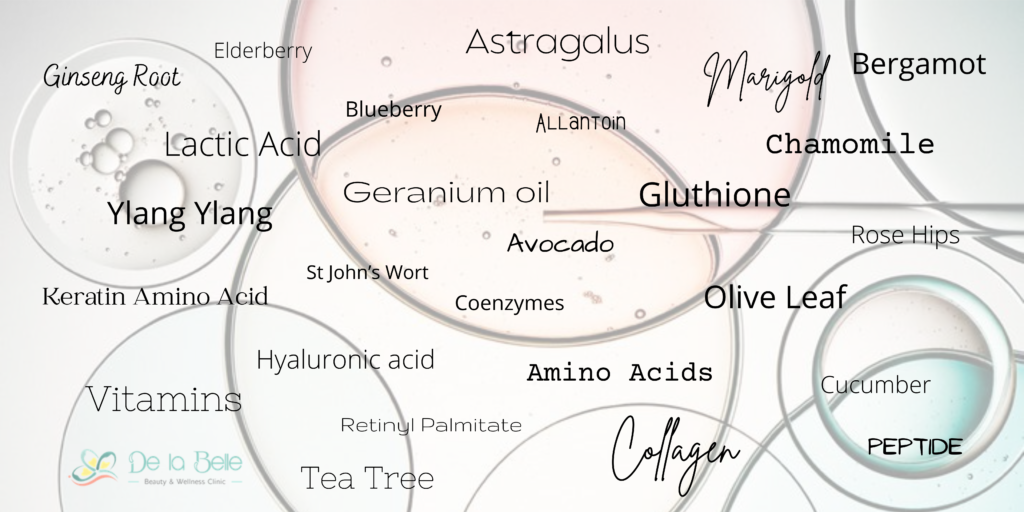 Parabens are probably amongst the oldest forms of preservatives. It helps keep active ingredients stable and free from bacteria. However, scientific studies have shown that parabens have become present in breast cancer tissue samples. Although there is no solid concrete evidence that suggests parabens are cancer causing, it has been known to be disruptive to hormones. FDA regulations say that parabens are safe to use but experts suggest otherwise.

Sulfates are detergents that are responsible for bringing that foamy lather to your soap and shampoo. Sulfates attract water and oil, this allows for your soaps to be able to separate dirt and oil from your skin. They are known to irritate the skin. Even though they are good for removing dirt and oil from the skin, they also remove healthy oils. This can leave your skin feeling dry and unbalanced.

Brands tend to add colour and fragrance into their products to make them be more pleasing to you as the consumer. They are not necessarily bad for you but they might cause irritation even if you are not sensitive prone.

This is a chemical compound that has been around since the early 1800’s. It has been used in almost every skincare product when first discovered. It is a chemical that has the ability to interact with the melanin cells in your skin. It will decrease the production of the pigment. Although it is excellent in effectively decreasing dark spots, it is only temporary and it will lighten the surrounding skin too. This will create what is known as halo spots on your skin.

I trust that this has been a very helpful post to enable you to take a look at the ingredient list on your most loved products. Are they really doing what they have claimed to be doing? Now you can decipher the ingredient list like a pro. If you want to understand the benefits of certain ingredients better, be sure to read our Active Ingredients We Want blog.